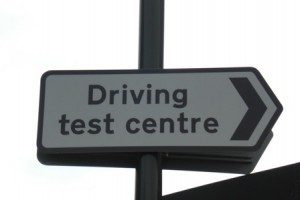 At Drive4Life we know that driving tests are not fixed. There are no quotas.

Wouldn’t ld you tell your friends that you passed but only because too many others failed that day and they had to stick to their quotas? You can’t have it both ways, if you fail due to quotas then you pass due to quotas.

Here’s a Drive4Life example of how incorrect the quota theory is. Drive4Life had a request from another driving school asking if I could take their pupil on a driving test the next day because of illless and they couldn’t do it (in other words they knew the pupil had no chance and didn’t want to turn up for a test with him). Drive4Life took the pupil in my car as a professional favour but when on the test the pupil was awful. The pupil kept moving off when cars were about to pass, making them swerve or brake and he almost crashed four times. Despite that, and the people who the pupil nearly hit blasting their horns at them, and the examiner telling the pupil they wasn’t ready, and Drive4Life telling him he wasn’t ready, you guess why the pupil said why they failed? The pupil said it was all fixed and that’s why they had failed.

As for people saying they make more money from failing you and making you pay for another test, here’s why that theory is incorrect. A new test is £62. The tax you’d pay to the government on insuring your first car would be over £1000.00, not to mention the fuel, road tax etc. They make more from you passing, not failing!

Drive4Life have taken pupils to over 300 driving tests and sat in the back of the car in over a quarter of the tests. Not one has ever been fixed. We also know many examiners and they are not told to fix tests. They don’t have quotas. It is not fixed and if you didn’t pass you just weren’t good enough. The only people that say it’s fixed are people who are angry that they failed and won’t face up to the fact that they made a mistake.