A helpful tip for young learners

Here at Drive4Life we understand that one of the main things that may be stopping you from learning to drive is the cost of insurance for people aged between 18 – 24 as it is anywhere around £5,000 per year. Although this shouldn’t let this put you off learning how to drive, because you could have your licence after you pass, even if you don’t actually drive for a couple of years. If you were to be the an extra driver on your parents car insurance then you would save a lot of money on your insurance and it would be more affordable although this does mean that the car isn’t officially classed as yours, but you would still have the choice to drive as and when. Now the second way is mostly waiting until you are 25 before you buy your first car, this is because you are then seen as a mature driver and not a “boy-racer”, obviously if you passed your test at 18 and waited until you were 25 before getting a car and insurance then your insurance costs would be a lot lower and they would be the same as what everyone else pays for theirs. At Drive4Life  we recommend that you have some refresher lessons to check and enhance your skills.

Many young people are put off from learning how to drive, due to the costs of insurance and that they’d never be able to afford it, so they think what’s the point? Well if you knew how to drive you could apply for a job where driving is part of job description then your firm would then pay for your insurance for the vehicle you’d be using during company hours. This would show insurance companies that you respect other drivers on the roads and after a few years, when you come to buy your own insurance the costs would be considerably lower than when you looked after passing your test although you would have no “no claims” bonus. 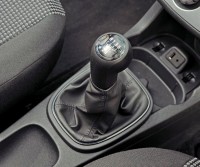 Today at Drive4Life we will be discussing what the 5 gears in your vehicle are actually for (although some vehicles can have more than 5 gears). Below are what the 5 gears are, from neutral through to 5th and how you would move up from the previous gear

Neutral isn’t really a gear, it’s when a gear hasn’t been selected and the gear stick is “wobbly” and is completely centre. Whenever you get into a car you should always check the handbrake is on and the vehicle is in neutral before starting the engine. Your examiner may ask you to park your vehicle, make sure you put the handbrake on, put the gear to neutral and then turn off indictors (if used).

1st gear is basically to get the car moving from a stand-still, although if you’re pulling off on a downhill road, you may be able to use 2nd. 1st gear is also often used with a combination of clutch control in slow moving traffic and manoeuvres during the driving test. 1st gear is found when you push the gear stick all the way to the left and then upwards.

2nd gear will allow you to move faster and to gain speed to get into 3rd. 2nd gear is used for turns in which you can’t see the full bend and you don’t know what the road is like. 2nd is more fuel friendly than 1st as you won’t burn as much fuel as quickly as you would in 1st. To move from first to second, you literally just need to pull the gear stick downwards.

3rd gear is the best gear when driving around housing estates and busy roads. As 3rd is best used when travelling at 20-30mph its good for most residential areas. To move into 3rd from 2nd, just gently nudge the gear stick so that it goes into neutral and then push it upwards. Neutral is literally sat under 3rd and above 4th so it’s always good to gently push the gear stick to neutral and then find where your next gear is from then on (remember odd numbers are at the top, whilst evens are at the bottom).

4th is another ideal gear for driving around towns, cities and busy areas in general really. If your car is happy to drive at 30mph in 4th gear, it will be a more economical choice than driving in 3rd would be, as it doesn’t put as much strain on the vehicle, thus reducing the amount of fuel burnt in the process. To get to 4th from 3rd, just pull the gear stick directly down.

Majority of cars will use 5th gear for when driving on faster roads (40mph+). 5th gear is to be used on open roads which have national speed limits (or are a 40-50 zone) or dual carriageways and motorways as these are meant to be driven at national speed limits (unless told otherwise by road signs, etc.). To get to 5th gear from 4th, put the gear stick to neutral, then push it to the right and then upwards, it should be in the furthest top right that it can move to. 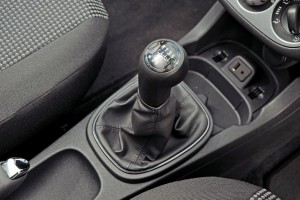 If you found this article informative and helpful and you would like to see others like this in the future, then please don’t hesitate to contact us and a member of our friendly team will be in touch with you shortly. Or if you would like to see some of our other articles, like our MSPSL one then click here.

Are you looking for the ideal driving school in Widnes.  Drive 4 life (or Drive for life as some people call us) are your number one stop for the best Driving School in the Runcorn, Chester & Widnes areas of the North West. We have an extensive track record of first time passers and our pass rate is very high (over 90% with 80% passing first time). We accomplish these great stats by not rushing our learners into their exam. But that doesn’t mean we drag it out longer than what’s needed either, we make sure that our learners have had their required number of lessons and then we ask them if they feel like they’re ready, we teach them the advanced things before the basic things, this allows them to realise why they need to do the basic things and when (U-Turns etc.), this makes the learning curve a little steeper at first, but once they start climbing the curve, it straightens out and the learner knows more than they actually think they know. Things like this along with the routes that we take our learners on are exactly why we are considered the be the number one driving school around the Halton & Cheshire areas.

If you are interested in seeing what we can do for you, or you would just like some more information on our other driving lesson types, like our fleet driver training, then please don’t hesitate to get into contact with us and a member of our friendly team will be in touch with you shortly, regarding the information that you have requested.