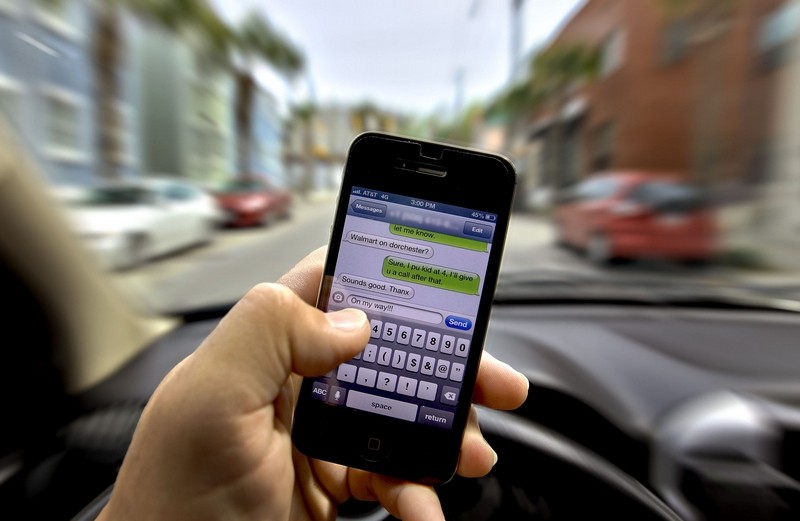 New drivers face losing their licence if they use their phones at the wheel under tough measures coming into force  from 1 March 2017.

Drivers using a phone while driving will receive 6 points on their licence and a £200 fine. That is up from the previous 3 points and £100 penalty.

Drivers caught using their mobile twice or accruing 12 points on their licence will face magistrates’ court, being disqualified and fines of up to £1,000. New drivers, within 2 years of passing their test, risk having their licence revoked and lorry or bus drivers can be suspended if caught.

The tougher punishments come alongside a hard-hitting advertising campaign.

In 2015 – the latest year for which figures are available – 22 people were killed and 99 seriously injured in accidents where a driver was using their phone.

Mobile phones: What the law says

Can I check social media or texts if I’m queuing in traffic or stopped at traffic lights?

No – a hand held phone cannot be used, even if stopped at lights. Texting and scrolling social media (even if the phone is mounted on a hands-free holder) is distracting and dangerous. It doesn’t come under the handheld mobile phone law but the police may decide to charge you with a number of other offences.

Can I use my phone to listen to music, play podcasts or watch video clips?

You can’t watch video clips – not even if your phone is mounted in a hands-free holder.

You can use your phone to listen to music and podcasts but only if your phone is in a hands-free holder or connected by Bluetooth.

However, just as you can be distracted by the noise of a car radio, if it affects your ability to drive safely, you could still be prosecuted by the police.

Can I use my phone’s sat nav?

Yes – as long as the phone is mounted in a hands-free holder. If it’s in your hands, it’s illegal.

However, if you are distracted by the sat nav and it affects your ability to drive safely, you could still be prosecuted by the police.

Can I pull over to check my phone?

Yes, providing you are safely parked with the engine switched off, you can pull into a lay-by or pull up on a single yellow line (providing there are no road markings showing restrictions at that time).

What counts as hands-free?

A dashboard holder or cradle, earphones or a Bluetooth connection. It is illegal to use hand-held microphones or to hold your phone out on loudspeaker.

Smart watches and voice-activated software are legal, but again can be a distraction, and the driver may be liable for other offences.

So what can I do on my phone?

You can only use your phone in your hands if you are safely parked. The only exception is if you need to call 999 or 112 in an emergency and it is unsafe or impractical to stop.

What about learner drivers?

The same rules apply, and it is also illegal to use a hand-held phone or similar device when supervising a learner driver or motorcycle rider.

Do not get distracted by your mobile phone while driving. It may seem innocent, but holding and using your phone at the wheel risks serious injury and even death to yourself and other road users.

Doubling penalties will act as a strong deterrent to motorists tempted to pick up their phone while driving and will also mean repeat offenders could find themselves banned from our roads if they are caught twice.

Everyone has a part to play in encouraging their family and friends not to use their phones while driving – it is as inexcusable as drink driving.